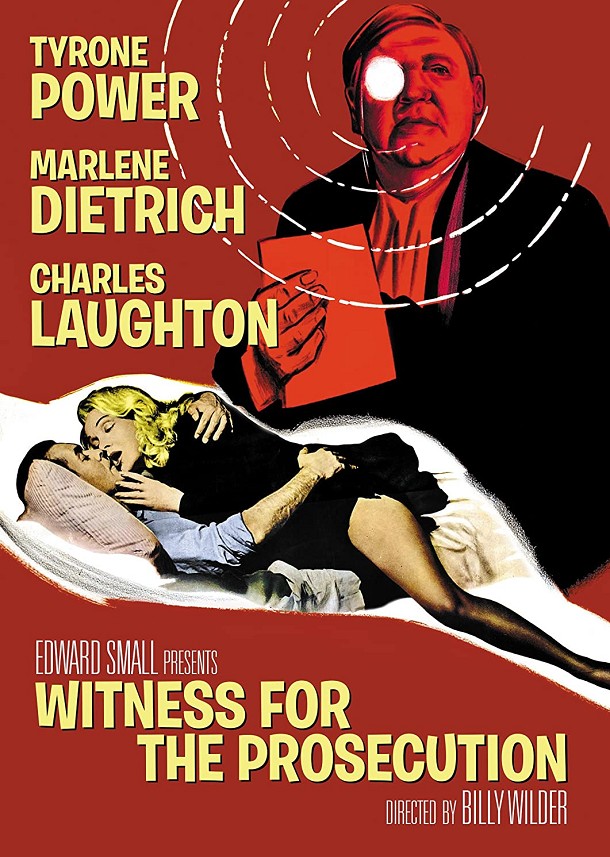 Witness for the Prosection U

Ailing barrister Sir Wilfrid Robarts (played by Charles Laughton) agrees to defend Leonard Vole, who’ll be tried at the Old Bailey on a murder charge. Chief witness against Vole is his cold-hearted wife, Christine (played by Marlene Dietrich) who, in a surprising turn of events, chooses to appear in court against him.

‘The air in the courtroom fairly crackles with emotional electricity, until the staggering surprise in the last reel. Then the whole drama explodes.’ (New York Times)

Agatha Christie considered Witness for the Prosecution the finest film derived from one of her plays.