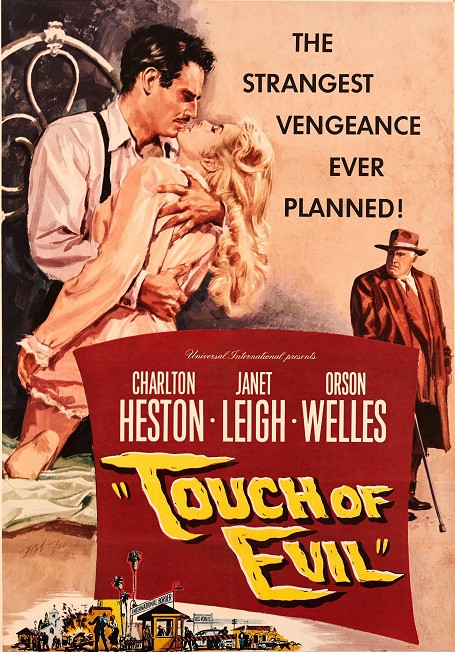 Touch of Evil 12A

A lurid tale of corruption played out in the strip joints and motel rooms of a sleazy Mexican border town, with the Mexican narcotics official, Charlton Heston, and the bloated, degenerate American cop, Orson Welles, at odds over a murder. All the while, Heston's bride, Janet Leigh, becomes a terrorised pawn in their battle of wills. This is very much Welles’s film – as director, writer, and star he was in control of the whole production, from the choice of actors, the camera angles, the locations, and the editing. The film is thus a favourite of Welles’s admirers, and has gained in critical appreciation over the years. The earliest version, re-edited against his will by the production company, Universal, was later restored to the version intended by Welles, and this is the version being shown. (1998)