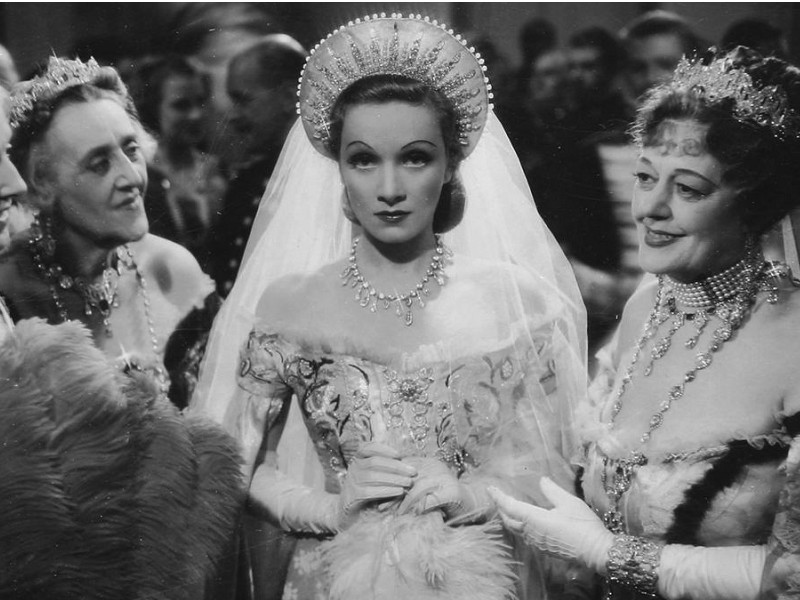 The Scarlet Empress 12A

Marlene Dietrich plays the 18th century German noblewoman Sophia Frederica who would later become Catherine the Great. She is taken to Moscow to marry a dim-witted Grand Duke (a man she has never met) who’s the heir to the Russian throne. The marriage is a disaster and Catherine takes many lovers, many of whom are the soldiers guarding the palace. (‘Catherine coolly added the army to her list of conquests.’) . When the unstable Peter eventually ascends to the throne, Catherine plots to oust him from power.