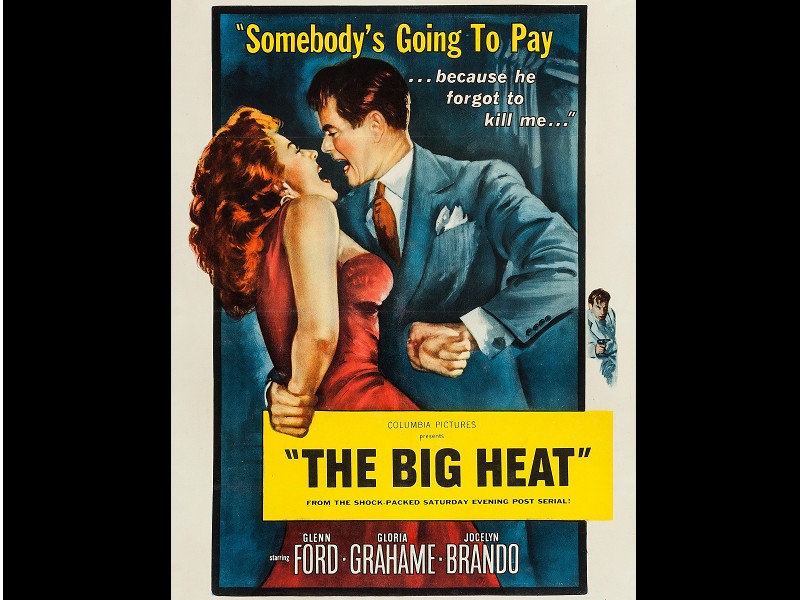 Fritz Lang’s Hollywood film noir classic in which Glenn Ford, the ex-policeman investigating police ties to organized crime, indirectly causes the death of innocent women. The femme fatale, Gloria Grahame – in her best-known role – suffers burns to her face when her gangster boyfriend throws boiling coffee in her face.

Fritz Lang (1890-1976) was one of the cinema's great architects of evil. His "Metropolis" (1927) is one of the best of all silent films, but it was with "M" (1931), and Peter Lorre's eerie performance as a child murderer, that he stared unblinking at pure malevolence. He fled Hitler’s Germany and became a prolific director of Hollywood genre pictures -- including masterpieces of film noir, the greatest ‘The Big Heat.’ There is a kind of ironic pessimism in his work, undermining the apparent bravery of his heroes. (Roger Ebert, Chicago-Sun Times.)