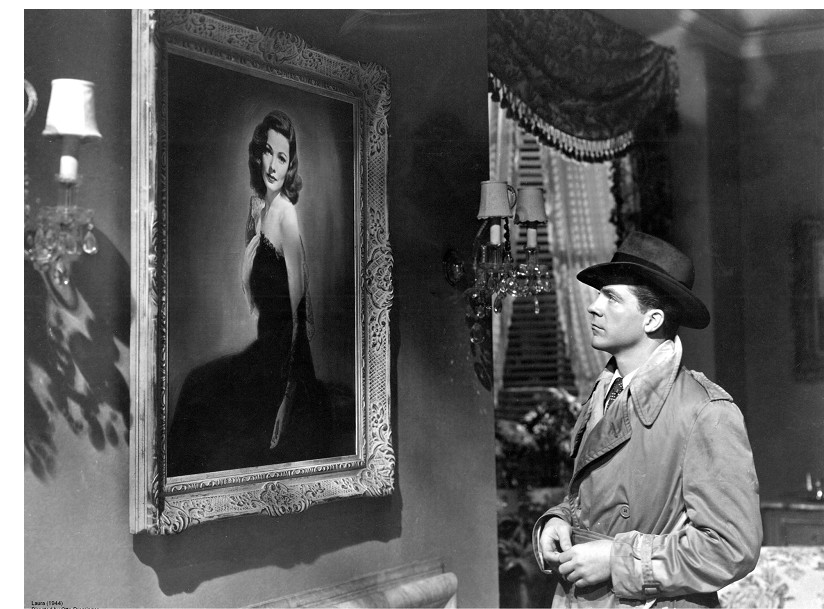 Very much Otto Preminger’s film as producer and director, it has all the classic ingredients of the thriller and mystery film, including a superb twist in the middle. Most memorable is the sophisticated newspaper columnist (one of several suspects) whose malicious arrogance gives the story its sinister undertones.

‘At the cynical heart of Otto Preminger’s Laura is a murder, yet describing this elegant 1944 noir classic as a whodunit is to ignore its complex portrait of romantic self-delusion. Laura (Gene Tierney) is a wealthy, mysterious beauty whose death-by-shotgun prompts an investigation by detective Mark McPherson (Dana Andrews). He discovers that the victim inspired an extraordinary devotion from both the gay, sophisticated newspaper columnist Waldo Lydecker (Clifton Webb) — who greets the cop by exiting his bathtub in the nude — and shallow, gold-digging two-timer Shelby Carpenter (Vincent Price), whom Laura was due to marry in a week’s time. Using this exquisitely constructed genre plot, Preminger produces a critique of high society and examines man’s penchant for projecting fanciful visions of femininity onto women.’ (Slant Magazine)