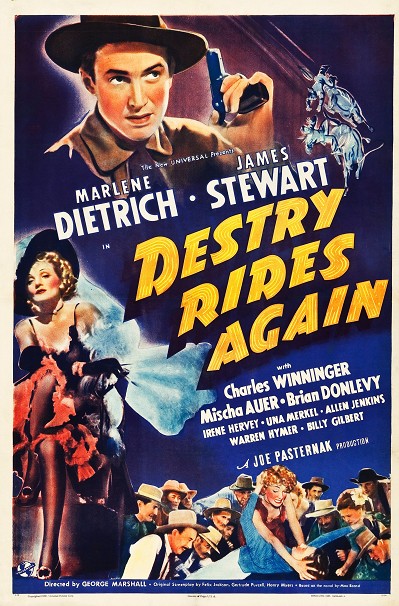 Marlene Dietrich as the cynical saloon bar proprietor and James Stewart as the sheriff raise this classic western to a new level. It also transformed Dietrich’s image by giving her a more popular, playful role than ones she previously performed under her long-time director, Josef von Sternberg.

This transformation of Dietrich into a more “approachable” and earthy figure is also built into the film’s narrative, with her character transitioning from a highly sexualised and cosmetically enhanced bar-room singer (famously intoning the prescient “See What the Boys in the Back Room Will Have”, amongst others) into a more “suitable”, less rouged object of Stewart’s affection.