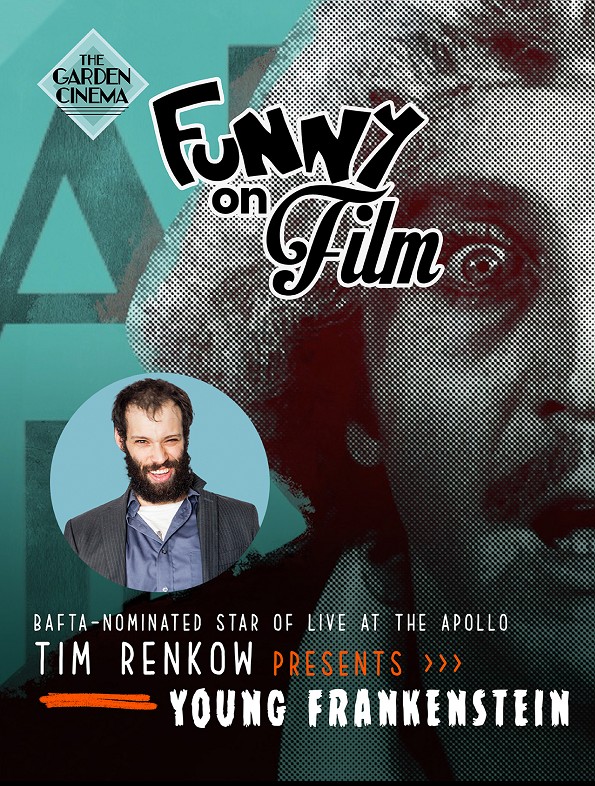 Launching May 20th with Mel Brooks' Young Frankenstein, with a comedy-infused introduction by BAFTA-Nominated star of Live At The Apollo and BBC's Jerk - Tim Renkow!

Tim Renkow is a stand up comedian, actor and writer known for his popular Edinburgh Festival shows as well as Live At The Apollo (BBC), Jerk (BBC),  Funny Festival Live (BBC), and Harry Hill's Clubnite (C4).