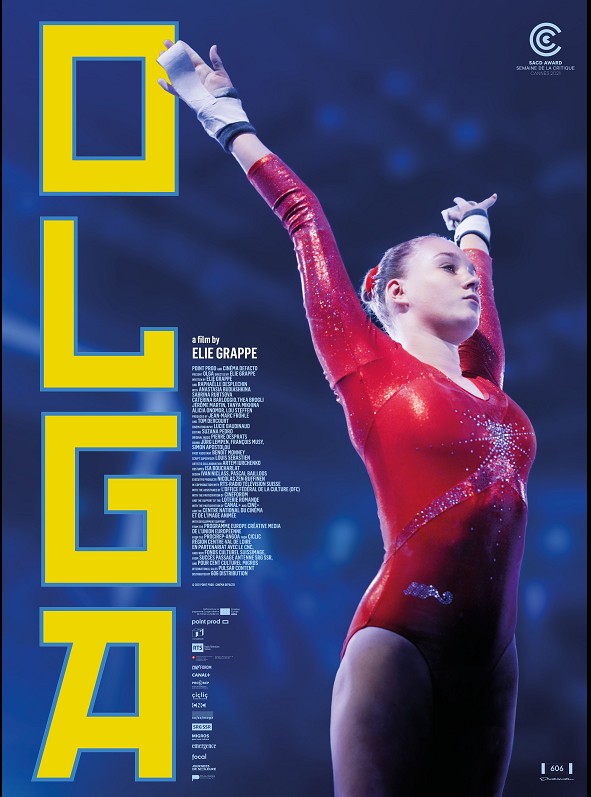 The People's Film Club and London Migration Film Festival presents Olga, an acclaimed new Ukrainian drama followed by a panel discussion. All proceeds will be donated to the Ukrainian charity Everybody Can. The screening is in partnership with the Ukrainian Institute & Cambridge Ukrainian Studies.

Fifteen-year-old Ukrainian gymnast Olga is trying to fit in with her new team in Switzerland. But as she prepares for the European Championships, Ukraine experiences unprecedented political turmoil. Olga is left a powerless, distant bystander as her mother, an investigative journalist, faces danger as she challenges a brutal regime. Can Olga reconcile her personal goals with the history unfolding in her homeland? A subtle, tensely handled tale of exile reflecting the pressures on young athletes, the clash between the personal and the political, and young woman’s search for who she is and what she is prepared to sacrifice.

The screening will be followed by a panel discussion (speakers to be announced soon.)

Olga’s lead actress, Anastasia Budiashkina, a former member of Ukraine’s national gymnastics Team, has managed to escape the war in Ukraine by fleeing to Poland. She says: “I am very glad that Olga will be seen in the UK, and people will see the situation going on with Ukraine. Everyone involved with Olga worked very hard, and I put a part of myself into the film. I hope everyone will enjoy Olga."