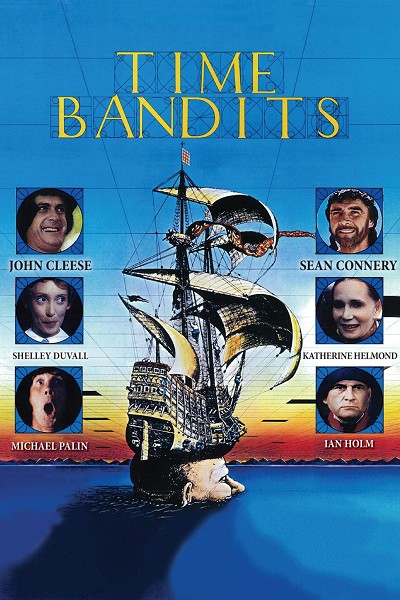 THEY DIDN’T MAKE HISTORY, THEY STOLE IT! The film that established Terry Gilliam as more than just Monty Python’s resident animator, this delightfully inventive children’s fantasy is about young Kevin (Craig Warnock) who finds himself travelling through holes in the space-time continuum in the company of half a dozen fractious dwarfs.

Along the way, he encounters Agamemnon (Sean Connery), Robin Hood (John Cleese), Napoleon (Ian Holm) and winds up as a passenger on the Titanic, although not necessarily in that order. But is this just random entertainment laid on for history fan Kevin’s benefit, or part of a wider struggle between the forces of good (Ralph Richardson) and evil (David Warner)?

At the time, this was a rare example of a small-budget British film successfully taking on American blockbusters. Now, it’s a much-loved fantasy classic bursting with inspired images and ideas: Gilliam and co-writer Michael Palin (who also appears) are clearly enjoying themselves as much as their audience.