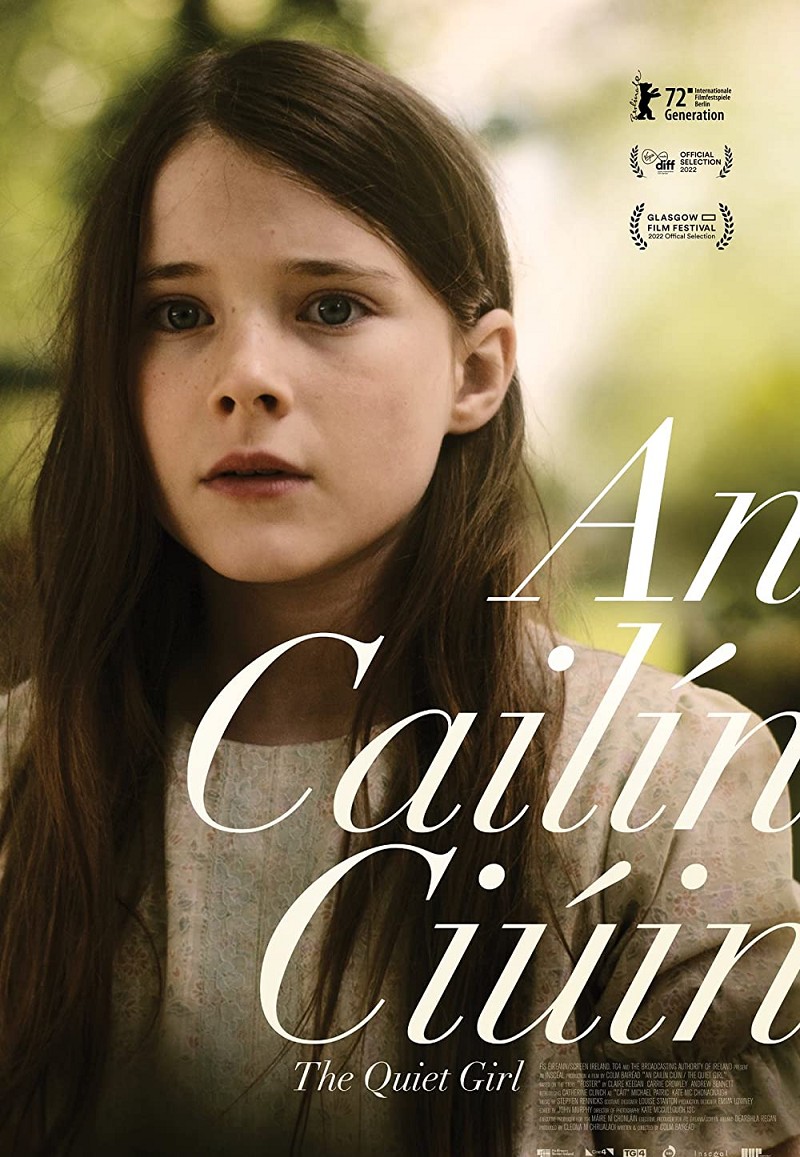 The Quiet Girl U

Colm Bairéad’s beautifully understated feature debut finds a young girl coming to terms with loss and the importance of family in rural Ireland.

Nine-year-old Cait (Catherine Clinch) is neglected by her pregnant mother, boorish father and louder siblings. At school, she feels ignored. But things change when her father takes her to live with in-laws for the summer. Eibhlín (Carrie Crowley) and her farmer husband Seán (Andrew Bennett) take Cait in to alleviate her parent’s financial woes. At first, Cait feels a little intimidated by her new environment, though she soon finds freedom in this new world along with the attention she so desperately needs. But even as this new home becomes an idyll for her, Cait senses that something is plaguing her new foster parents. There is unspoken grief that exists in the house, one that Eibhlín and Seán never discuss, but which Cait’s youthful curiosity begins to uncover.

An adaptation of Claire Keegan’s acclaimed short story ‘Foster’, Bairéad’s Irish-language film is understated in both its visual style and the subtlety of the unfolding drama. The pastoral backdrop is a verdant playground for Cait, while Stephen Rennick’s wistful score not only accentuates the beauty of this world but also the secrets that lay hidden within it. At its heart lies an astonishing performance by Clinch. She quietly draws us into Cait’s world, her gestures allowing us to witness the lives of adults through her innocent yet understanding eyes.