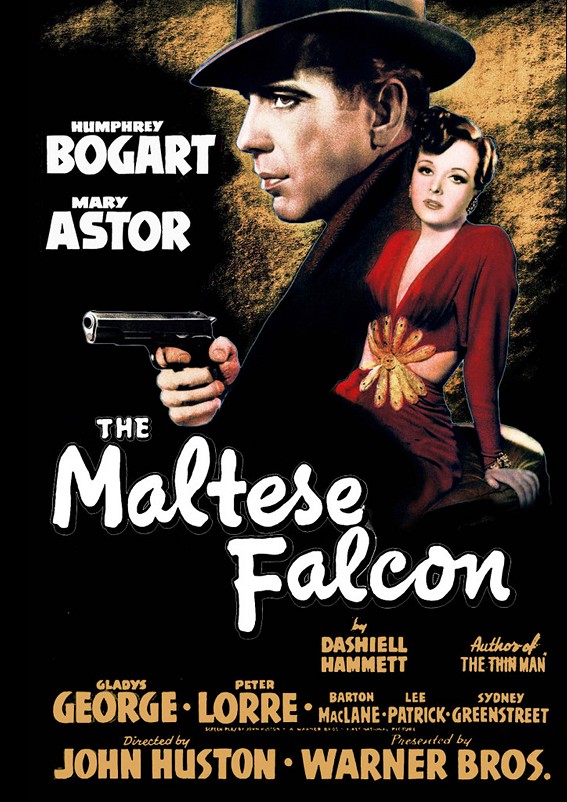 This 1941 film version of Dashiell Hammett’s ‘Sam Spade’ novel laid down the blueprint for subsequent Hollywood films noir. It also introduced John Huston as one of the top American directors, elevated Humphrey Bogart from a ‘B-Movie’ actor to a leading man, and created the American-style ‘femme fatale’ – the devious, determined woman who leads men to their doom. The American Film Institute ranks The Maltese Falcon as one of the best 50 films of all time.