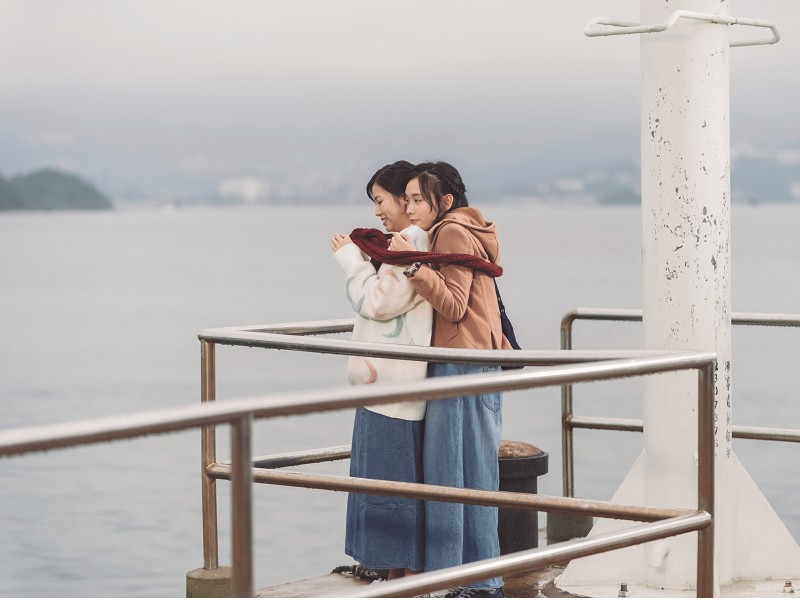 The First Girl I Loved 12A

Nam and Yuet have been best friends since their school days. On the night before Yuet’s wedding, Nam recalls their time together at school, when they shared a relationship that was more than friendship, but also perhaps not quite love. Looking back, she remembers how the girls faced a series of hurdles from the educational system and society in general, and ultimately from their own looming adulthood.

First time directors Candy Ng Wing-shan and Yeung Chiu-hoi’s lovingly nostalgic and bittersweet film offers a unique LGBTQ+ twist on the well-worn pure love youth romance formula. Beautifully shot with pastel-colours and full of sympathetic and nuanced characters to empathise with, the film has a winning sense of time and place, with plenty of references to Hong Kong culture, fashion and Leslie Cheung.

Yeung Chiu-hoi graduated from the School of Creative Media at the City University of Hong Kong and joined the performing artist training programme of Television Broadcast Limited to become a full-time actor. He won the Best Actor at the Golden Sugarcane Film Festival of Taiwan with short film Joy Joy Joy (2008). He went on to further his studies in acting at the New York Film Academy in 2015. The First Girl I Loved is his first feature, which was selected for Operation Greenlight and was financed by the Film Development Fund.

Candy Ng graduated from the School of Creative Media at the City University of Hong Kong, followed by a career focusing on videos and commercials. She was the coscreenwriter for The Midas Touch (2013), associate producer for The Empty Hands (2017) and production manager of Patrick Tam’s Tender is the Night in Septet: The Story of Hong Kong (2021). The First Girl I Loved is her feature directorial debut. It was selected for Operation Greenlight and was financed by the Film Development Fund.