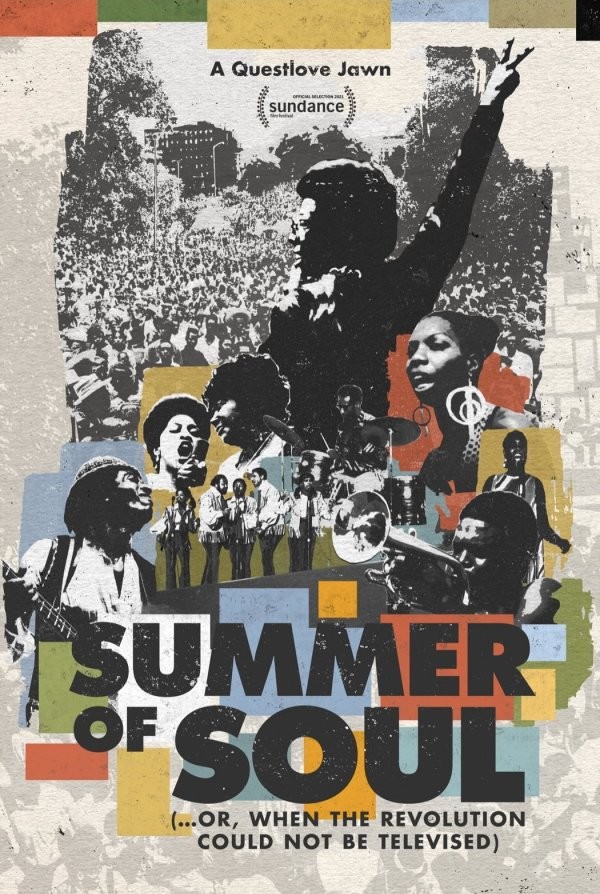 Summer of Soul 12A

Footage of the 1969 Harlem Cultural Festival, long forgotten, was discovered and put together with new interviews by the director ‘Questlove’ Thompson to create ‘The Summer of Soul’. It was first shown at the Sundance Film Festival in 2021 where it won the Grand Jury Prize for best documentary. Mark Kermode has called the film "the best music documentary I've ever seen". ‘Rolling Stone’ praised the film as "an incredible, vital act of restoration and reclamation".

Among those performing are Stevie Wonder, Mahalia Jackson, Nina Simone, The 5th Dimension, The Staple Singers, Gladys Knight & the Pips, Mavis Staples, Blinky Williams, Sly and the Family Stone, and The Chambers Brothers.