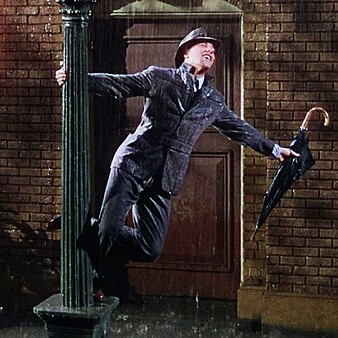 Singin’ in the Rain U

This sublime 1952 musical, re-released in cinemas, puts the artistry of Gene Kelly and Debbie Reynolds on full, joyful display. Peter Bradshaw, The Guardian.

"Singin' in the Rain” is a transcendent experience, and no one who loves movies can afford to miss it.”  Roger Ebert, Chicago Sun-Times.

Working his way up from being a song and dance man to one of the top movie stars of the silent era, Don Lockwood (Gene Kelly) finds his career in jeopardy with the advent of talkies. Studio bosses insist that his next production features synchronised sound, and he recruits an aspiring “serious” actress (Debbie Reynolds) to dub his regular co-star and raises the co-star’s anger when he starts to fall for her.