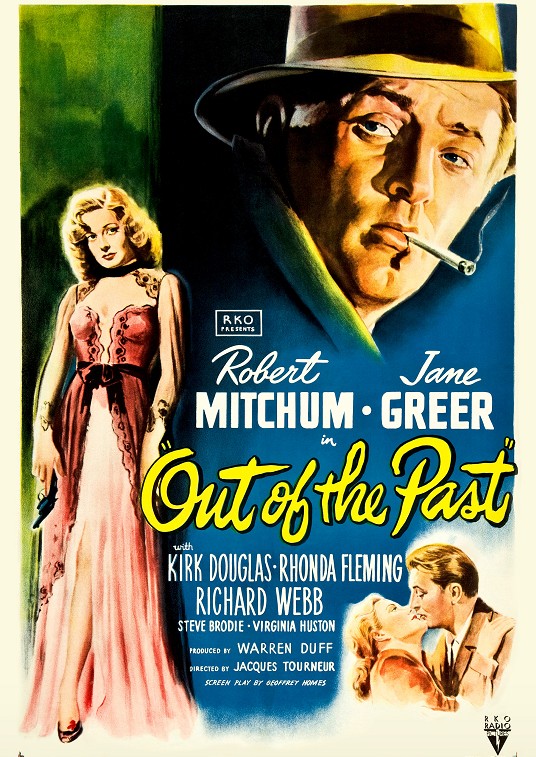 Out of the Past PG

Robert Mitchum plays the tough and cynical detective in a style utterly his own and very different from the style created a few years earlier by Humphrey Bogart. Jane Greer convinces as the sly, sexy killer – the classic femme fatale.. Kirk Douglas, in only his second film role, takes possession of every scene he’s in. Altogether, a memorable classic.

‘Out of the Past’ is one of the greatest of all film noirs, the story of a man who tries to break with his past and start over again with a new job and a new girl. The film stars Robert Mitchum, whose weary eyes, laconic voice, and very presence as a violent man wrapped in indifference, made him an archetypal noir actor.’ (Roger Ebert, Chicago-Sun Times)