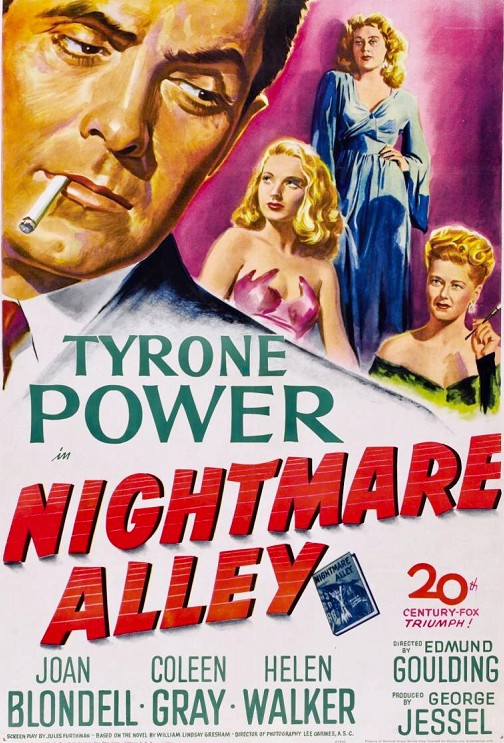 The 1947 film of the novel, Nightmare Alley, is ten times more powerful, dramatic and memorable than the recent disappointing remake. Despite its excellent director (del Toro), its expensive production values and its extended length, the new film lacks dramatic impact. The original version is a classic film noir and Tyrone Power, in a remarkable performance, plays ‘The Great Stanton’, whose unchecked ambition leads him down a path of moral degradation and misery. Even if you’ve seen the remake, you should now see the original for the sheer pleasure of watching one of the great films from Hollywood’s golden age.