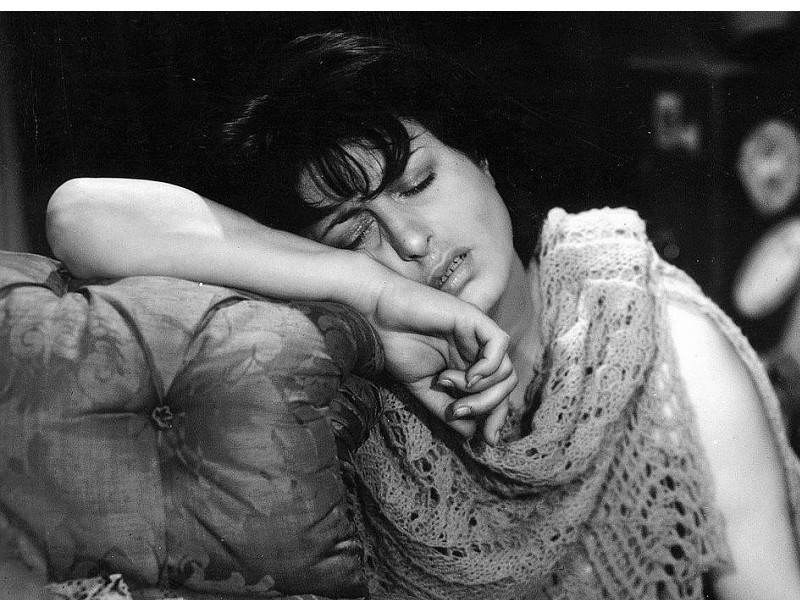 A film in two parts: The Human Voice, and The Miracle.

‘The Human Voice’ was adapted by Rossellini from a 1930 play by Jean Cocteau.  It features an unnamed woman (Magnani) alone in her apartment, who is desperately trying, over the telephone, to salvage her relationship with the man who has left her.

‘The Miracle’, co-written by Fellini, Pinelli and Rossellini, is about Nanni (Magnani), a simple-minded religious woman who tends goats on the mountainside. When a handsome bearded wanderer (Fellini) passes, she takes him to be Saint Joseph. Offering his flask of wine, he gets her drunk and she falls asleep. When she wakes up, he is gone, and she is convinced that his appearance was a miracle. Some months later, she discovers she is pregnant and believes this too is a miracle. As a result she becomes a figure of ridicule.