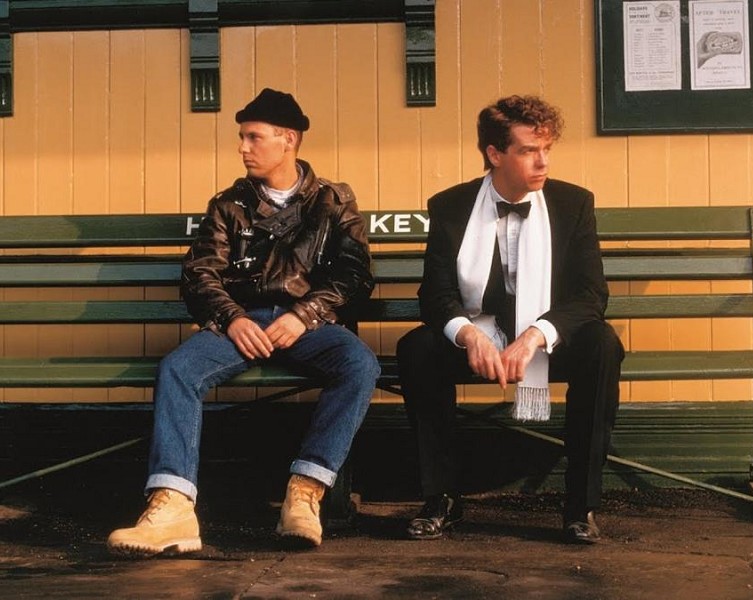 Originally conceived as an hour-long video based on the Pet Shop Boys' 1987 album Actually, IT COULDN'T HAPPEN HERE turned into a full-scale feature film directed by Jack Bond (Anti-Clock). Alongside Joss Ackland, Gareth Hunt and Barbara Windsor, Neil Tennant and Chris Lowe travel on an extraordinary adventure from the coast to London, encountering a curious array of eccentric characters along the way. Pop surrealism meets classic road movie, the film is peppered with hits from the duo’s first two studio albums, including ‘West End Girls’, ‘It’s a Sin’ and ‘Always On My Mind’.

IT COULDN'T HAPPEN HERE is a Members' Choice selection from Mark Lloyd who writes:

"It deserves to be seen as a musical (just) in that the sequences relate to the songs rather than the music being added later. But it could also be called a road movie (just); a satire on the times (just) or is it a surreal travelogue from seaside to inner city? What it’s certainly not is an MTV style pop video. Not even Bowie would have dreamed of casting Joss Ackland, Gareth Hunt, and Barbara Windsor (who mimes to a Dusty Springfield hit in one bizarre scene).

And throughout Neil Tennant and Chris Lowe take part, mainly silent, as almost innocent onlookers of the surreal scenes inspired by their own songs.

It's a curious mixture of the comic exuberance of Ken Russell and the acerbic political gaze of Derek Jarman."

To suggest a film to be screened at The Garden Cinema, select "propose a film screening" on your membership account page. Please include the reasons for your request.