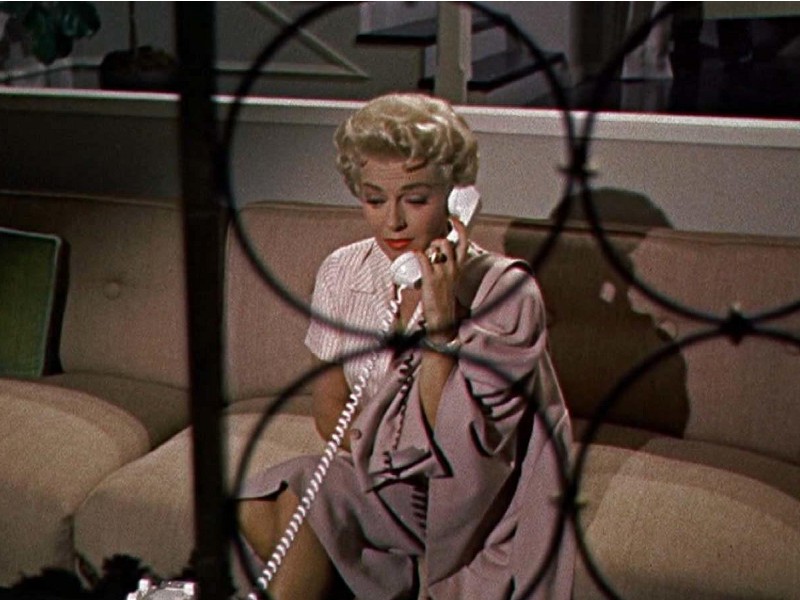 Imitation of Life 12A

Based on a survey of film critics, BBC Online (In 2015) named this film the 37th greatest American movie ever made. It has been considered the masterpiece of the director Douglas Sirk.

Lana Turner plays Lora, a white single mother who dreams of being on Broadway. After a chance encounter with a black widow, Annie, she hires her as the live-in nanny for her daughter, Suzie. The nanny brings her own daughter with her into Lora’s home. The film deals with two separate themes – the personal conflict between Lora’s ambition and her relationships with her lover. And the tragic conflict between the black nanny and her light-skinned daughter who builds her own life as an adult passing for white. It’s the second theme that dominates the film.

In 2015, the United States Library of Congress selected Imitation of Life for preservation in the National Film Registry, finding it "culturally, historically, or aesthetically significant."

In 2015, BBC Online named the film the 37th greatest American movie ever made, based on a survey of film critics.

It has been considered a masterpiece of Sirk's American career. Emanuel Levy has written "One of the four masterpieces directed in the 1950s, the visually lush, meticulously designed and powerfully acted Imitation of Life was the jewel in Sirk's crown”.