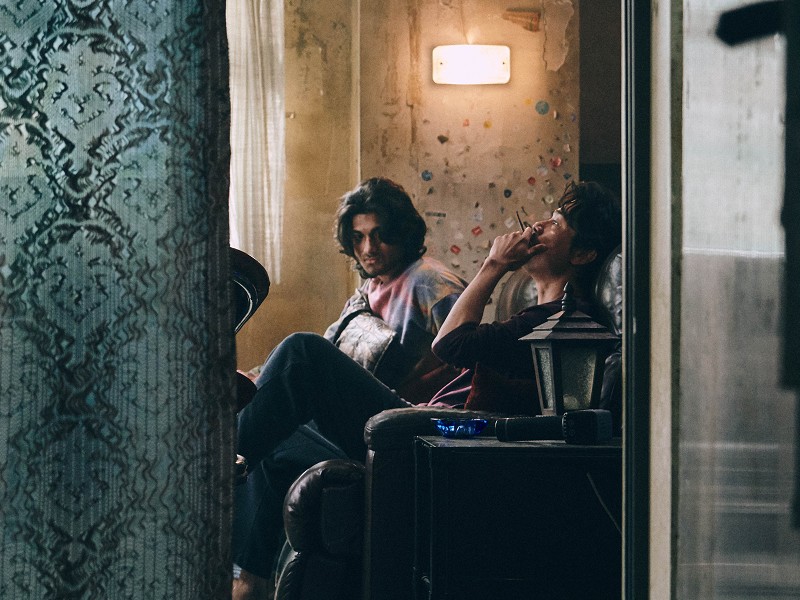 First-time writer director Chan Kin-long makes his debut with neo-noir Hand Rolled Cigarette, one of the most acclaimed films from Hong Kong of the last couple of years, winning multiple nominations at the Golden Horse Awards and the White Mulberry at the Far East Film Festival, as well as being selected for a list of festivals around the world.

Gordon Lam headlines as Chiu, an ex-soldier whose unit was disbanded by the British during the 1997 handover of Hong Kong, who now works as a middleman trying to broker deals with the Triads, estranged from his old squad mates due to a past tragedy. While trying to push a deal involving turtles between his Taiwanese smuggler friend Pickle (To Yin-gor) and the volatile Boss Tai (Ben Yuen), matters become more complicated when he finds a South Asian man called Mani (Bipin Karma) hiding out in his Chungking Mansions flat. Learning that Mani has in his possession a backpack full of cocaine which his cousin stole from Tai, Chiu agrees to let him stay in return for $1 million, and though initially distrustful of each other, the two men gradually find common ground. With the turtle deal running into problems and with Tai’s men stepping up their search for Mani, the pressure on Chiu grows, and he’s faced by a series of difficult choices.

Chan Kin-long graduated from the School of Creative Media at the City University of Hong Kong. He was discovered by director Fruit Chan to star in his film The Midnight After (2014). He directed and starred in the short films Seven Days in Meinong (2013) and I Can't Live Without a Dream (2013). Hand Rolled Cigarette is his feature directorial debut, one of the projects supported by the First Feature Film Initiative (Higher Education Institution Group).