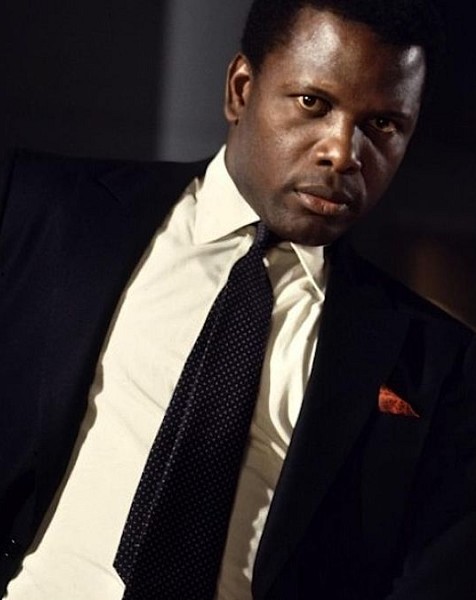 Opportunities for black actors was improving at the end of the 1950s, and Sidney Poitier was the first black leading man to gain acceptance in American films.

‘Guess Who’s Coming to Dinner’ pits Poitier against a progressive liberal couple (Spencer Tracy and Katherine Hepburn) who have always believed in racial tolerance and have taught it to their daughter. When the daughter, as a young adult, brings home a black man – even though he’s a highly educated doctor of impeccable charm and sophistication – and announces her intention to marry him, the depth of her parents’ liberalism is sorely tested. The issue comes to a head when both families – white and black – meet over dinner.

In the 1960s, interracial marriage was still illegal in thirty American states (mainly in the South) and was only outlawed by the Supreme Court in June, 1967 (at the very time the film was being made). Producer and director, Stanley Kramer, remembered that ‘when Columbia found out that this was to be a movie about a marriage between a white woman and a black man, they decided to back away from any participation in the project. I had to do a lot of talking before they reluctantly agreed.’

Kramer had the highest regard for both Tracy and Hepburn. ‘I once said, and will say again, that Kate Hepburn and Spencer Tracy were simply the best acting team of my lifetime.’ The film was their ninth and final on-screen pairing. Tracy was very ill during filming but insisted on continuing. He died only days after the shooting finished.