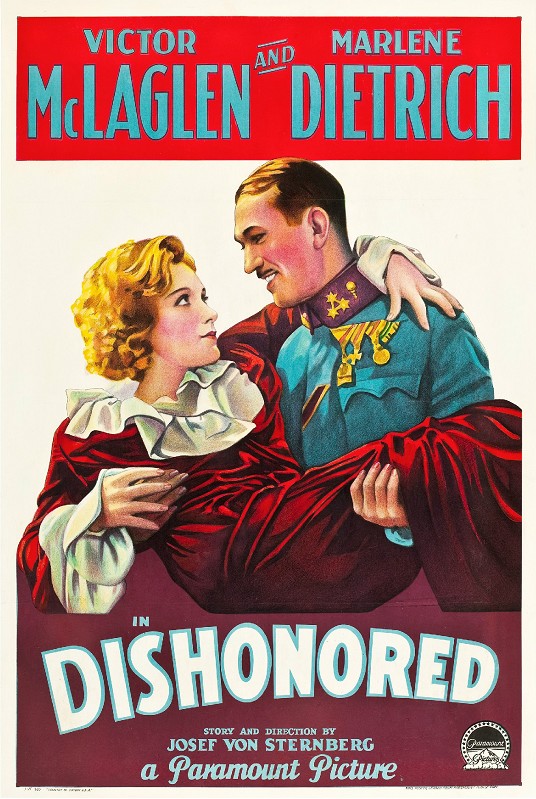 In Josef von Sternberg’s romantic spin on the espionage thriller, Marlene Dietrich plays a prostitute who is recruited to spy for Austria during World War I. Tasked with uncovering a mole in the Austrian military, Dietrich’s heroine employs her glamorous appearance and talents for seduction to serve her country. However, she meets her match in a Russian colonel who tests her loyalties when their rivalry turns into romance.

Sternberg based this "espionage melodrama" on the exploits of Dutch spy Mata Hari, whose bold sexuality paralleled Dietrich’s star image constructed by von Sternberg in their films together.