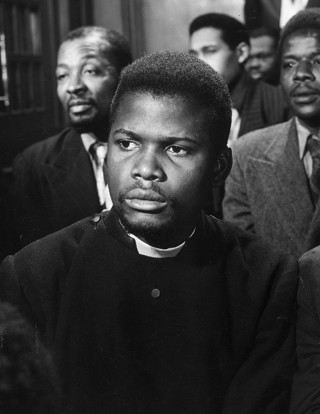 Based on Alan Paton’s novel, this powerful film focuses on the heart-wrenching struggles to survive in a society viciously divided by race.

Filmed in 1951 soon after Apartheid was introduced in South Africa, ‘Cry the Beloved Country’ features Sidney Poitier as a priest who helps his colleague to look for his sister in the slums of Johannesburg where she’s become a prostitute, and to find his son in hiding after he has killed a white man.

It’s the first feature film to reveal the oppression of South Africa’s black population. To film on location, the director, Zoltan Korda, had to pretend that Poitier was accompanying him as his servant. Otherwise, they’d have been arrested and jailed without trial.