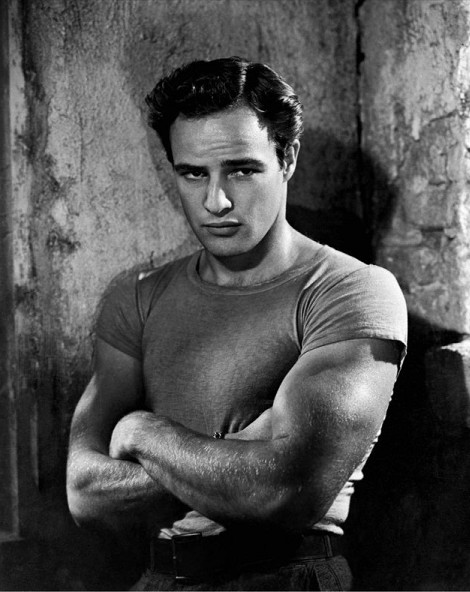 Blanche Dubois (Vivienne Leigh), a classic ‘Southern belle’, sensitive and refined, visits her sister Stella now living in New Orleans with her Polish immigrated husband Stanley Kowalski (Marlon Brando). Since Blanche’s young husband died, she has always lived, as she says, ‘on the kindness of strangers’. Stanley (Brando) suspects that behind her refined airs there’s more than a hint of the ‘demi-monde’ of doubtful morality, and with vicious cruelty he can’t resist exposing her.

A Streetcar Named Desire portrays a dramatic triangle of psychologically nuanced characters, each surviving a tough post-war America. The Dubois sisters have responded very differently to their stark fall from economic security (and cultural status). Stanley Kowalski has fought and sweated his way to become a provider of the new American way of life; he’s certainly not experienced ‘the kindness of strangers’.

Marlon Brando and Vivien Leigh star in this film version of Tennessee Williams’ play directed by Elia Kazan. Brando had first come to prominence when he played the brutal husband in the stage play. His performance in the film established him as one of the best young actors of his generation.

Woody Allen commented: “Marlon Brando was a living poem. He was an actor who came on the scene and changed the history of acting. The magic, the setting, New Orleans, the French Quarter, the rainy humid afternoons, the poker night. Artistic genius, no holds barred."