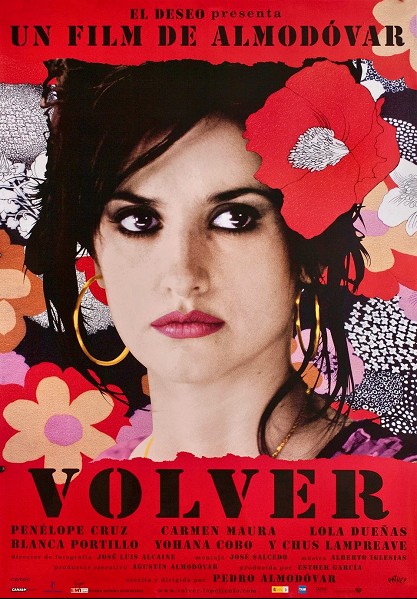 An astonishing mix of comedy, melodrama, murder, and fantasy that manages to combine these genres into a fascinating story of mothers and daughters with a fitting twist in the resolution. Penélope Cruz plays Raimunda, a working-class women who must protect her teenage daughter who murders her own father. To aide her with the consequences, Raimunda’s mother returns from the dead.

Volver, which means “return” in English, is Cruz’s third collaboration with director Pedro Almodóvar. Her performance is both forceful and heartfelt, typical of the strong and passionate women that often feature in his films. For her performance, Cruz was nominated for the 2006 Academy Award for Best Actress.

“Almodóvar has said that he brandishes actors like weapons; well if that’s so, Penélope Cruz is his nuclear button.” – Matt Brochenski, Little White Lies