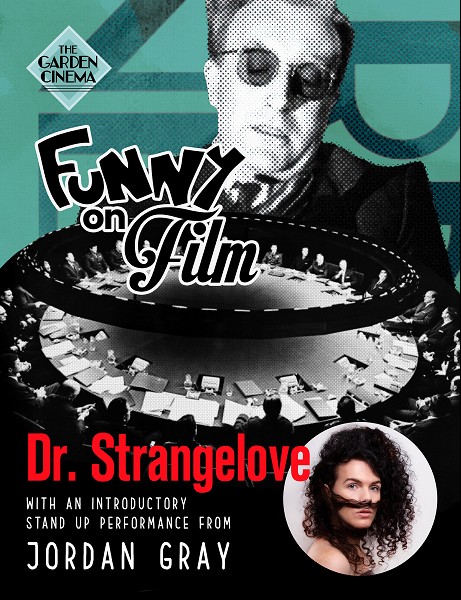 Following up on the inagrual event (Young Frankenstein presented by Tim Renkow), on 2nd September we'll be screening Stanley Kubrick's classic collaboration with comedy titan Peter Sellers: Dr. Strangelove or: How I Learned to Stop Worrying and Love the Bomb. Compered by comedian Mike Sheer and with an introductory stand up performance from the critically acclaimed, Jordan Gray.

Jordan Gray is a British comedian and screenwriter, and the creator and co-star of the record-breaking Transaction. She is currently enjoying rave reviews for her Edinburgh fringe show "Is it a Bird?"

Dr. Strangelove is often considered one of the best comedies ever made, as well as one of the greatest films of all time. Don't miss this chance to see it on the big screen, accompanied by some of the UK's finest stand up talent.