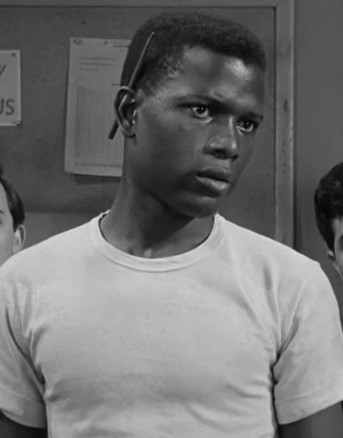 Sydney Poitier is one of the rebellious pupils at a mixed inner-city school who collectively confront their new teacher (Glen Ford) with hostile rejection leading to actual assault. With the intense vision of director, Richard Brooks, the film dealt seriously, and for the first time, with the problem of teenage delinquency and rebellion. Its popularity propelled Poitier into film-star status.

‘Blackboard Jungle’ launched the world-wide craze for ‘Rock & Roll’ with its soundtrack ‘Rock Around the Clock’. Teenagers would crowd the cinemas to watch the film and dance in the aisles. For older generations it was a unnerving foretaste of a new generation’s teenage exuberance and was thus widely attacked in the more conservative media.