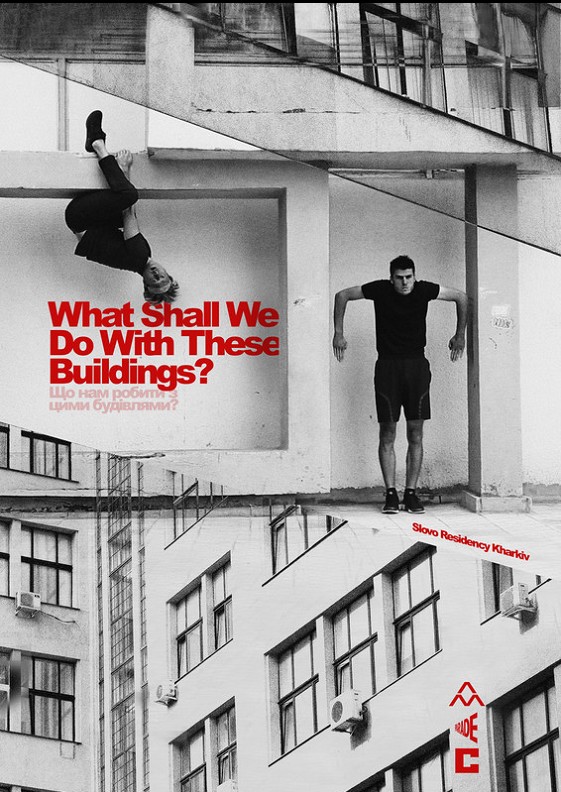 The Ukrainian Institute London presents a fundraising preview screening of “What Shall We Do With These Buildings?”, a documentary-dance film which explores the legacy of Soviet architecture in Kharkiv, Ukraine.

“What Shall We Do With These Buildings?” is a documentary-dance film which explores the legacy of Soviet architecture in Kharkiv, Ukraine.  Moving fluidly between interview and dance, the film playfully investigates the dynamic impact that these buildings have on the people who live with them. What should be done with them? Should they be preserved, destroyed, repurposed? What power do they hold over the way people think and interact with their environment?

This film was shot in September, when the prospect of a Russian invasion seemed remote. Devastatingly, this threat is now a reality. As such, the film’s examination of the subtler cultural memory of Russian domination in Kharkiv has taken on a new meaning. Now, it serves as a snapshot of an independent, hopeful Ukraine trying to find its feet, at a time when that independence is under siege. We hope it provides an insight into how much Ukraine stands to lose.

We will be raising money for Help Kharkiv, a group of volunteers headed up by Igor Kliuchnyk (one of the actors in the film) who are evacuating civilians from Kharkiv (where the film was shot) to safe cities nearby. They have already helped thousands of women, children, and elderly people to leave the city. But there are still hundreds of thousands of people in Kharkiv who need their help. The money will go towards food, gas, childcare products, drivers, buses and evacuation.

If you are unable to come but would still like to support please consider supporting them via the link below:

We'll screen a video message from Igor, as well as producer Mykola Naboka, at the end of the film. After the screening we will have a Q and A with some of the creative team behind the film, Maria Montague of the Ukrainian Institute London and Marina Pesenti, Ukrainian cultural expert and former director of Ukrainian Institute London. We will then head through to the bar where we will be accepting donations, and discussing the film with anyone who has questions.